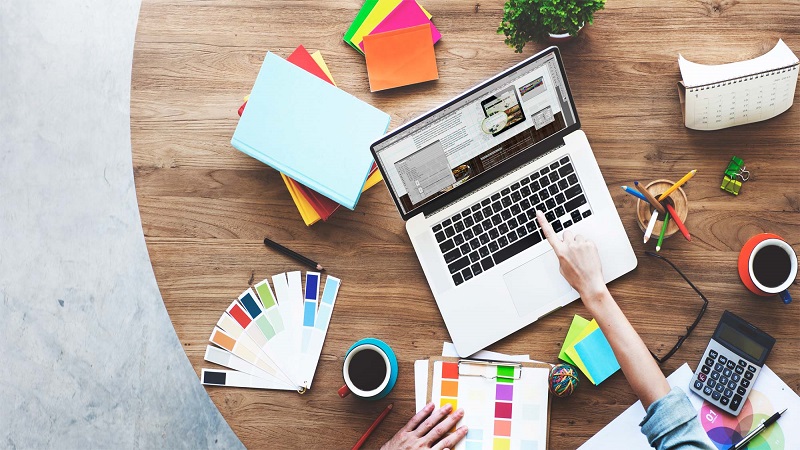 Web Design For Your Business

Web design refers to the design of websites that are displayed on the internet. It usually refers to the user experience aspects of website development rather than software development. Web design used to be focused on designing websites for desktop browsers; however, since the mid-2010s, design for mobile and tablet browsers has become ever-increasingly important.

A web designer works on the appearance, layout, and, in some cases, content of a website. Appearance, for instance, relates to the colors, font, and images used. Layout refers to how information is structured and categorized. A good web design is easy to use, aesthetically pleasing, and suits the user group and brand of the website. Many webpages are designed with a focus on simplicity, so that no extraneous information and functionality that might distract or confuse users appears. As the keystone of a web designer’s output is a site that wins and fosters the trust of the target audience, removing as many potential points of user frustration as possible is a critical consideration.

Two of the most common methods for designing websites that work well both on desktop and mobile are responsive and adaptive design. In responsive design, content moves dynamically depending on screen size; in adaptive design, the website content is fixed in layout sizes that match common screen sizes. Preserving a layout that is as consistent as possible between devices is crucial to maintaining user trust and engagement. As responsive design can present difficulties in this regard, designers must be careful in relinquishing control of how their work will appear. If they are responsible for the content as well, while they may need to broaden their skillset, they will enjoy having the advantage of full control of the finished product.

One of the key ingredients to a successful product is the creation of effective, efficient and visually pleasing displays. In order to produce such high-quality displays, whether they are graphical (e.g., websites) or tangible (e.g., remote controls), an understanding of human vision is required, along with the knowledge of visual perception.

Gestalt psychology is a theory of mind which has been applied to a number of different aspects of human thought, action, and perception. In particular, Gestalt theorists and researchers attempt to understand visual perception in terms of the way in which underlying processes are organized and how they help us make sense of the world. The organization of these cognitive processes is important to our understanding of how we interpret the constant stream of visual information entering our eyes and how it becomes a cohesive, meaningful and usable representation of the world. Over the last twenty years, the work of Gestalt psychologists has been adopted by interaction designers and other professionals involved in the development of products for human users.

The look of a product is about using visuals to create a sense of harmony with the user’s values, and that creates credibility and trust with the user. It’s about creating a product that not only looks nice, but looks right too.

The feel, then, involves making the experience of using a product as pleasant and enjoyable as possible. It’s built by crafting the interactions between the user and the product, as well as the reactions they have when (and after) using the product.

Lastly, usability underpins the user experience. Quite simply, if a product isn’t usable, no amount of good looks can salvage it, and the only feeling users are going to have is anger and frustration. Ideally, products should be personalized to user’s needs, and deliver functionality in a predictable way.

The job title “Web Designer” has many definitions, and indeed, what a web designer does is largely dependent on what the client or project requires. Some web designers simply create visual designs and/or high fidelity interactive prototypes of the website, and leave the coding of the website to front-end and back-end developers. The majority of web designers, however, do get involved with both the designing and (front-end) development of the website. Some web designers even regularly do user research and testing as part of their jobs (and if you’re one of them, you’re already almost ready for a job in UX design).

This iterative problem solving process is similar to the UX design process (shown in the image below). UX designers begin with user research; it’s essential to get to know the potential users of a product and find out what their problems are, how to solve them and how to make users want and/or need that solution. User research is often done via user interviews, observations, demographic studies, drafting user stories and personas, etc. Thereafter, UX designers would create a design solution that solves the user’s key needs, and often bring the prototype back to users to test its validity or usability. After the product is launched, UX designers collect more user feedback, which feeds into a new round of user research, thereby starting the process again.

When designing websites, web designers often make use of typography, color and layout to shape the emotions of users. A sense of credibility could be established, for instance, by using darker colors and serif fonts; similarly, a sense of fun could be created using colorful imagery and playful typography. Web designers are familiar with emotional design; that is, creating designs that elicit emotions from users. UX designers are also concerned with emotional design, but on a larger scale—they are concerned with eliciting emotions from users throughout their entire experience of using a product.

To conclude, Web design is a multi-disciplinary job, where you’d need not only knowledge in design (typography, color theory) but also skills in developing a website (HTML, CSS, JavaScript). Some web designers are also involved in interaction design when they code for animations and interactions using CSS and/or JavaScript. UX design is also a multi-disciplinary field, but perhaps supercharged in that sense. UX designers need to make use of knowledge from the areas of psychology, user research, visual design, and even business to create the best UX for their products.