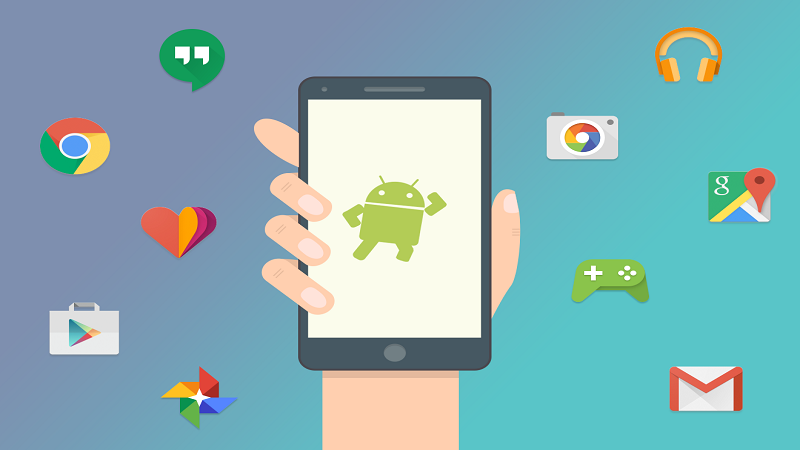 Android App is a software designed to run on an Android device or emulator. The term also refers to an APK file which stands for Android package. This file is a Zip archive containing app code, resources, and meta information.

Android apps can be written in Kotlin, Java, and C++ and are run inside Virtual Machine. The official development environment is Android Studio.

Apps are normally distributed through app markets such as Google Play Store, so it is possible to enable installation from APK file or via USB connection in device settings.

To install or distribute APK in stores, it should have a unique package name (e.g., com.example.app) stored in the meta-information. After installation, this name is registered with Package Manager.

We elaborate on each of these below.

Activities. An activity component implements interactions with the user. Activities are typically designed to manage a single type of user action, and multiple activities are used together to provide a complete user interaction.

For example, a mapping application may consist of two activities: one that presents to the user a list of locations to map, and one to display a map graphic that includes the chosen location. An activity includes a default window for drawing visual elements. An activity will use one or more view objects, which are organized hierarchically, to draw or capture user input. Views can be thought of as widgets, or user-interface objects, such as check boxes, images, and lists that are common to all types of GUI-based development environments. The Android SDK includes a number of views for developer use.

Services. Long-running or background components that do not directly interact with the user are expressed as service components. For example, I/O operations that are initiated by an activity may not complete before the user-facing activity disappears. In this instance, a service component can be used to carry out the I/O task, independent of the lifetime of the UI elements that initiated it. Services define and expose their own interfaces, which other components bind to in order to make use of the service. As is common with UI elements in GUI environments, services typically launch their own threads in order to allow the main application process thread to make progress and schedule threads associated with other components.

Android applications consist of combinations of these component type instances. The invocation of components is managed through a system-wide broadcast mechanism based on intents.